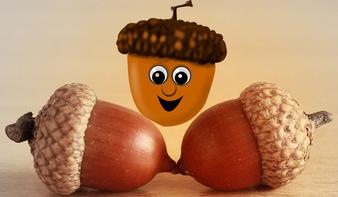 Dr. Jay Riva-Cambrin, MD, MSC, FRCS(C) has been jointly recruited by Alberta Children's Hospital Research Institute (ACHRI) and the Department of Clinical Neurosciences, University of Calgary from the University of Utah where he was the pediatric neurosurgery Fellowship Director, an Associate Professor in Neurosurgery and the Max Noorda Chair in Hydrocephalus Research.  At the University of Utah, he had a robust pediatric neurosurgery clinical practice in which he further sub-specialized in neuroendoscopy and pediatric hydrocephalus.  Administratively, he was the Associate Neurosurgery Residency Program Director and the pediatric neurosurgery Fellowship Director.  In terms of research, Dr. Riva-Cambrin’s clinical research focuses on pediatric hydrocephalus.  He is a founding member of the Hydrocephalus Clinical Research Network (HCRN) and is a Principal Investigator (PI) on three major projects within the network as well as Co-PI on seven other projects.  He has been PI or Co-PI on over 14 peer-reviewed grants including a Mentored Young Investigator Award from the Hydrocephalus Association as well as those from PCORI, NINDS, CDC, and other foundational grants.  From this work and others, he has over 70 peer-reviewed publications, many of which have directly contributed to changes in clinical practice. He is a valuable addition to ACHRI’s research team, as not only as he led the University of Calgary’s entrance into the HCRN, but he is now the Scientific Director of the Canadian Pediatric Neurosurgery Study Group; which under his leadership is planning to submit a 16 center CHIR Project Grant his fall.  He also has set up the Alberta Centre for Outcomes Research in Neurosurgery for Kids (ACORN Kids) which has expanded clinical research and clinical trials in other pediatric neurosurgery disease states with ACHRI.  All three of these initiatives, have and will continue to elevate the University of Calgary and ACHRI’s international profile within pediatric neurosurgery.  Also, many of Dr. Riva-Cambrin’s specific projects aim to define maximized patient-specific treatment pathways which is also known as “Precision Medicine”.